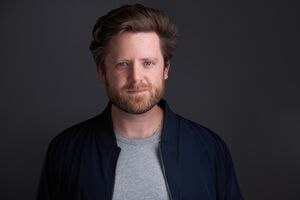 Alexander Guizzetti is the president of 9d Ventures, a privately-held venture capital company based in Scottsdale Arizona that specializes in facilitating start-up businesses in the information technology industry.

9d Ventures is not Guizzetti's first company. He founded his first company in 2012, when he was just out of college, based on a concept that he developed during his final year in school. The company builds and maintains communications platforms for a variety of applications.

Guizzetti is currently working on a new venture, DirectMessage.me, that he hopes to launch later in 2021. This company will be a communications platform to connect fans with different types of celebrities and influencers.

Guizzetti worked briefly for The Vanguard Group. It's this job that brought him to Arizona. As part of his job requirements at Vanguard, Guizzetti studied for and passed the FINRA Series 7 and Series 63 exams for this position. He also maintains an active real estate license in Arizona.

Like most entrepreneurs, Guizzetti puts in long hours. His typical workday begins at around 9:00 a.m. He continues until around 6:00 p.m., takes a break until 9:00 p.m. and works his "second shift" from home, sometimes staying at it until 2:00 a.m.

A native of the Midwest, Guizzetti now lives in Scottsdale with his dog, Scooter. When he's not working, he enjoys riding his motorcycle, golf, working out and going for walks in the park with his dog.

Guizzetti is quick to add that he is always searching for early-stage startups with solid pitch decks that are looking for seed round funding or Series A raises.